As you know, iNotepad is our app designed specifically to allow you to write and perfectly organize all your texts and notes. Designed to support all the latest Apple text technology, iNotepad is made to increase the productivity of writers and bloggers.

iNotepad is constantly updated and you can download it from our Download Page. Here is a summary of the main news of the versions we are releasing. 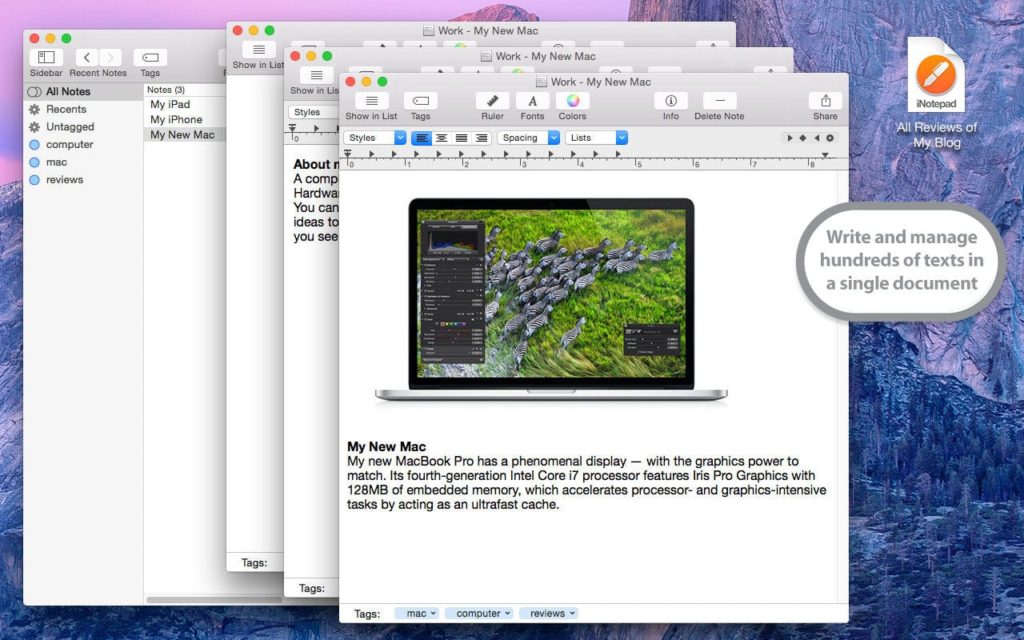 New to 3.7 (not available on Mac App Store)
• Stability release

New to 3.4
• Improvements and code optimizations

New to 3.1
• Fixed a bug that prevented the opening of password protected files

• Fixes a bug that occurs using the Save menu item